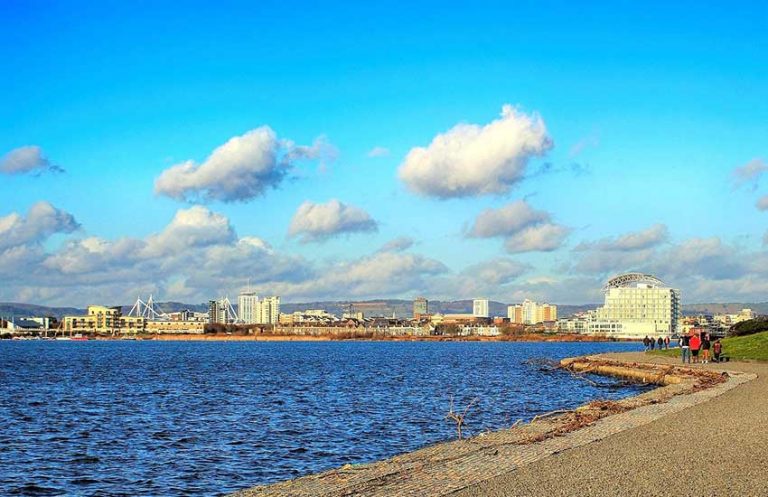 Cardiff is the capital city of Wales in the United Kingdom . The population of Cardiff is a little over 300000 and the currency in use is the pound sterling.

As a city, Cardiff really began with the Roman invasion in AD43. Indeed the city’s name derives from the Roman general Aulus Didius; Â‘Caer Didi’ means Â‘Fort of Didius’ and in time became Cardiff . In the eleventh century, the Normans marched on the city, and by Elizabethan times, Cardiff was a lawless town peopled by pirates and gangsters. By the beginning of the seventeenth century, the population had dwindled to a handful and the future of the city was bleak. However, the Industrial Revolution reinvigorated the city of Cardiff , and by start of the twentieth century, the city was thriving with the export of coal the main industry.

Modern day Cardiff is a buzzing city with plenty to interest the visitor whether it be sightseeing, shopping or socializing. Like the rest of the British Isles , the weather is not always the best, but in general the climate is temperate and not something that would prevent the visitor having a happy stay in the city.

The National Museum & Gallery, Cardiff is proud to house the best collection of Impressionist works outside of Paris , as well as a whole host of fascinating exhibits and is well worth a visit.

Cardiff Bay has recently undergone a makeover, and is now a hub of social activity with a range of attractions and leisure facilities along the waterfront. The Spirit of Cardiff visitor centre is situated at this location in a most unique building known locally as Â‘The Tube’. It is worth a visit to Cardiff Bay just to see this structure in itself!

Shopping in Cardiff is an enjoyable experience, and a bit different with the combination of the usual high-street stores and also the many little arcades where an unusual bargain can often be picked up.

For a relatively small city, Cardiff is not short of bars and restaurants with 350 places to drink and over 250 eateries within the metropolitan area. A wide variety of ethnic cuisine is on offer in the city from Italian to Indian to Greek, but many visitors wish to sample the local dishes and the best way to find a restaurant specializing in Welsh food is to keep an eye out for the Â‘hungry dragon’ sign which indicates that it is served.

The nightlife is good in Cardiff with everything from opera to pop usually going on a one of the many entertainment venues in the city. The Wales Millennium Centre is home to many of the international acts who stop off in the Welsh capital when they are on tour.

Whether its cultural heritage sites, family attractions or the dancefloor, Cardiff has something for everyone and is a great place to visit.