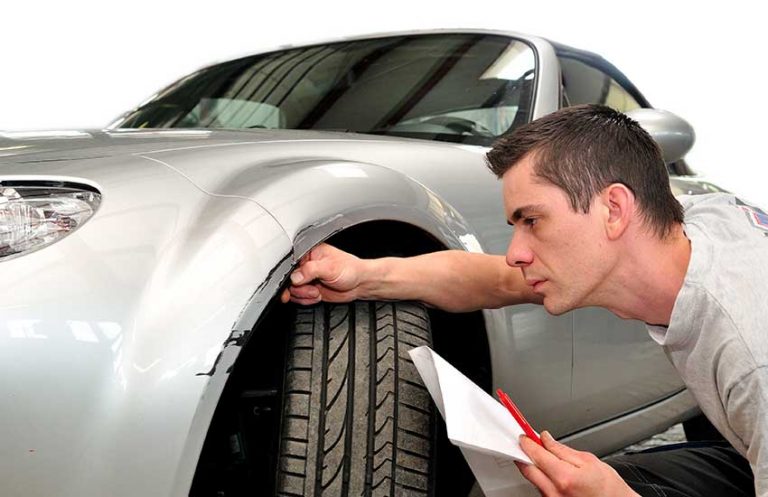 With the everyday wear and tear placed on vehicles these days, it should come as no surprise that cracked bumpers are a normal occurrence. That is not to say that it’s something desired by vehicle owners. In fact, it is one of those necessary evils of vehicle ownership.

In 1925 front and back bumpers on cars were considered standard equipment. Those first bumpers were installed in a fairly simple manner. Basic attachment placed the bumpers onto the cars via pre existing metal beams. Modern technology has dramatically changed the look and assembly of car bumpers today.

Originally, the bumper served a purpose of protecting the vehicle from impact. Today, that function has been altered to include protection for the driver as well. In addition the new plastic bumpers on the market now are aesthetically pleasing to designers and drivers as well.

Plastic car bumpers are created from thermoplastic olefins (TPO’s), polycarbonates, polyesters, polypropylene, polyurethanes, polyamides or a blend of each of these materials. Added to the mixture are glass fibers. This mixture gives the bumpers strength and structural rigidness.

Through this creation mixture, designers are afforded the luxury of having an open canvas to work with in terms of plastic bumper design. Plastic maintains a high level of flexibility to it allowing for shaping and structural templates. These bumpers can easily be assembled for a new vehicle or efficiently make improvements to an existing vehicle.

A growing trend in plastic car bumpers is for a majority of the material to be recyclable. By doing so, manufacturers can utilize left over pieces from a series of bumpers for the creation of an entirely new plastic bumper. This is a cost effective production aspect of bumper development.

Given that plastic is easily worked with, cracked plastic car bumper repair is a relatively inexpensive process. Many auto body shops can repair the cracked bumper without having to remove it from the car body. Cars are sprayed with an epoxy material mainly in the section of the bumper that contains the crack. The crack is then repaired and the section is painted to match the color of the rest of the car. Average cracked plastic car bumper repairs can be done in a short period of two to three hours. Costs for the repair depend on the severity of the crack in the bumper.

« How Do I Repair Alloy Wheel Scuffs?
History and Techniques of Car Paint Repair »

Great work carried out
on 26, Mar 2017
Repaired two alloys for me. Great work carried out, friendly and fun service from the two gents and good value for money. I would definitely recommend.
Dave Williamson
from Cardiff
Excellent job
on 10, Feb 2017
Did a repair on my machine cut alloys came to my house were honest before they started that as it was a machine cut they could do a repair but not exactly match the finish well i'Il defy anyone to spot the repair it is an excellent job would defiantly recommend
John Carter
from Cardiff
Great service
on 07, Jul 2017
Great service, work and guys. As an accident prone driver I will definitely use them again!
Hannah Thomas
Highly recommend!!
on 07, Oct 2017
Highly recommend!! Great job on a bumper repair, very professional service
Sarah Robey
Very pleased
on 18, Oct 2017
Very pleased with the work done by Carmond at LVV services. He managed to come out to do the work the day after I contacted him. Disguising/repairing a cigarette burn on the back seat. Looks good as new and at a reasonable price. Would definitely recommend. Very helpful and great friendly service.
Megan Kerswell
HIGHLY RECOMMENDED
on 02, Sep 2017
Fantastic job Carmond! Very happy with the job you done for the wheel on my car and just a small fraction of a full refurb. Honest service, friendly and reasonably priced finished to a very high standard and a nice chat whilst the work was completed. Can not ask for more... HIGHLY RECOMMENDED
Payam Naeini
Fantastic service and a fantastic price!
on 21, Sep 2017
Fantastic service and a fantastic price! Would recommend them to anyone! My car looks good as new and it was completed in under an hour! Thank you guys!
Carla James
from Caerphilly
Very good service!
on 08, Sep 2017
Very good service! Great repair on my Hyundai rear bumper, can't tell its been repaired. Excellent price. Definately reconmmend,would use again if needed. Bonus of having repair completed on your own driveway!
Darren Yemm
from Swansea
Arrived on time
on 16, Oct 2017
A great job gents. Arrived on time and were polite friendly and knew exactly what they were doing. I have no hesitation in recommending LVV Services. Thanks loads
David Edward Oxlade
from Neath
Very fair pricing
on 05, Oct 2017
Had the steering wheel refurbed brilliant job looks like new, attention to detail is excellent, its made my car look a lot better, i would def recommend, with very fair pricing
Terry Halling
from Swansea
Sorted my seats with burn holes
on 09, Nov 2017
Restored my alloy and sorted my seats with burn holes. Can’t fault at all.
Gethin Jones
from Cardiff
Very high quality work
on 16, Oct 2017
Had a scrape to the wheel arch repaired on TT and repairs to worn driver seat bolster. Very prompt and quick, very high quality work. Would definitely recommend
Andy White
from Swansea
Great service excellent repair
on 10, Jun 2017
Great service excellent repair on small dents on my Audi Q5 drivers door, can't tell its been repaired. Prompt arrival at my home two great guys excellent price. Definitely recommend,would use again if needed.
Stephen Waters
from Bettws - Bridgend
Repair job was amazing!
on 24, Feb 2017
Great service and came to the house which was a massive bonus! Had a scuffed black alloy, the repair job was amazing! Looks like new! Definitely recommend to anyone looking for a car repair!
Louise Baldwin
from Swansea
What a fantastic job
on 10, Nov 2016
Had a couple of dents removed from my black Kuga last week. What a fantastic job and what a nice couple of guys. Easy to deal with, punctual and professional. Will definitely use their services again and would recommend to anyone. Thanks Steve.
Andrew Knight
from Swansea
Brilliant guys!
on 15, Jun 2017
Brilliant guys! thank you so much for making my bump look a lot better! ? 100% recommend
Lauren Davies
from Bridgend
Repaired my seat fast
on 22, Nov 2017
Repaired my seat fast with no hassle! Fantastic efficient service, worth the money!
Shannon Horton
from Sarn Bridgend
Excellent job
on 18, Feb 2017
Excellent job, thank you Steve & Carmond very pleased with what you did I definitely use you again and definitely recommend you, once again thanks
Mark Meredith
from Cardiff
Highly recommended.
on 17, Nov 2017
Excellent service! Very professional and easy to deal with. Highly recommended.
Sam Small
from Gowerton Swansea
Good Value for money
on 09, Feb 2017
Good Value for money
Sue Russell
from Bridgend
Very happy
on 29, Sep 2017
Very happy with my bumper repair and cost
Dan Malfatti
from Cardiff
on 08, Aug 2019
Came to sort out a dent and some scuffed paintwork on my Maserati!! First class job quick and professional can’t see the repair - recommended
Steve Bridgend
from Bridgend
on 26, Jul 2021
Great service!, had a crack on my bumper which now looks good as new. Great value for money and Would highly recommend
Tom
from Cardiff