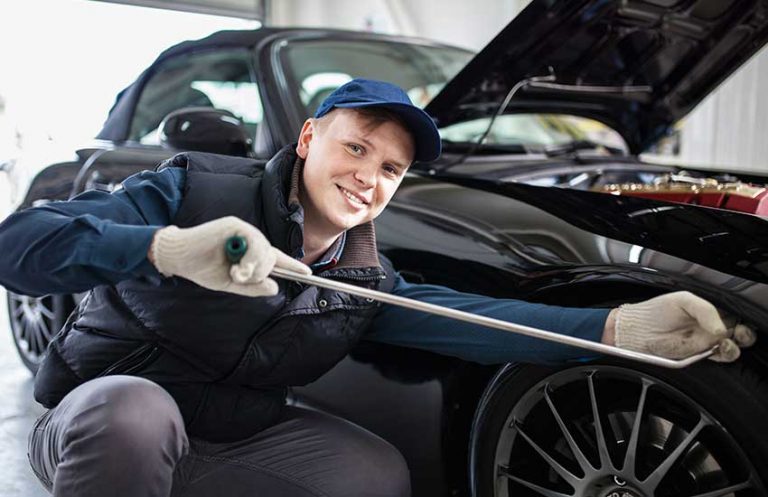 When you scratch or dent your car, removing the paint in the process, you have five options regarding the car paint repair from which to choose.

The first option – primarily for more extensive damage – is to take your car to a car paint repair specialist (body shop or crash repair centre) to fix the damage and repaint the affected area. Usually this type of car paint repair job can take several days.

The second option – primarily for minor damage (and if the car paintwork is not damaged) – is to have a paint less dent removal technician work on it, which will be much faster, cheaper and convenient as their mobile service personnel can come to you at a suitable time, rather than you going to them during your working hours.

The fourth option is to attempt to do the car paint repair job yourself, although this only solves the car paint repair, not the actual dent or scratch itself. It goes without saying that if youÂ’re not experienced in this type of work; you could end up doing more harm than good, with a result that is a lot worse than when you started!

And the fifth option is to do nothing and leave it as it is. Of course, that doesn’t really solve anything, but it doesnÂ’t cost you anything either. However, it is recommended that you at least touch inÂ” any scratches to prevent rust forming.

Which method of car paint repair you choose depends on several different factors: the cost, the make of the car, the extent of the damage, and your car insurance cover?

If the extent of the damage is minor, then the second or third car paint repair options become the most practical, although the rather primitive touching-up method will always show much more so than the method of paint less dent removal followed by touching in, which is designed to disguise the damage to almost invisible. It is important to note that paintless dent removal is largely used when there is very minor or no paint damage.

Whichever method you choose, it is still hard to believe that the paint used in car paint repair today originated from a substance comprised of items such as berries, blood, plants, soot and ash, during the cave men era.

As the demand for vehicle paint increased dramatically, technologists were commissioned to discover faster ways of applying paint to automobiles. The three days needed for the numerous coats of standard paint to dry was hampering supply and a damaged car needing car paint repair was taking almost as long as a new one to finish!

Aside from perfecting the spray gun so that greater quantities of paint could be more accurately and evenly dispersed over the shell of a car, a dilatable paint resins incorporating water were produced. These were more environmentally-friendly than previous ones, releasing water into the atmosphere upon drying instead of organic solvents and are still the ones used today.

Later, tiny metallic pieces which when administered would only be a depth of 15 microns (15 millionths of a metre) were added as well as pigments to the paints to vary the car paint palette and choice of car paint repair materials.

To finish, a clear coat of protective resin was introduced over the paintjob to seal in the paint, add to durability, and give it that lustrous shine.

This explains why when you take your car to a garage it takes so long, why paint less dent removal is such good value, and why when you do a touch up Â”car paint repair job yourself, it looks so noticeably different from the original manufacturerÂ’s paintjob.

Ultimately, the idea is to try to avoid needing car paint repair by driving safely and carefully, whilst still enjoying your pride and joy on the roads.

« Revolutionary Plastic Car Bumpers
BE SMART - CARE FOR YOUR CAR »